Jesse Mitchell is the founding partner of The Mitchell Firm. He is one of the most well-rounded, unique, and diverse litigators in the Southeast. Recently, he was honored by Super Lawyers® as a "Rising Star" - a distinction that is bestowed on less than 2.5 percent of the attorneys in Mississippi, Arkansas, and Tennessee combined. Jesse also received the honor of being selected by The National Trial Lawyers Association as a Top 40 Under 40 for 2015.

He is a bold and aggressive litigator who is the consummate strategist. Jesse primarily represents institutional and individual investors in securities and consumer fraud matters. Jesse is one of very few litigators in the country that holds a Series 7 and Series 63 securities broker license. This unique insight and knowledge gives Jesse a stark advantage over his competitors and opponents.

Call (888) 345-9505 now to get in touch with Ridgeland personal injury attorney Jesse Mitchell.

Our Attorney is On Your Side

With such a diverse background in securities litigation, from identifying clients' financial losses and complaint drafting to calculating class-wide damages, Jesse has been able to position himself as one of the go-to securities lawyers in Mississippi.

In addition, Jesse focuses his practice on business litigation matters such as:

However, Jesse will tell you that his proudest moments have come while representing personal injury and wrongful death clients in the courtroom. 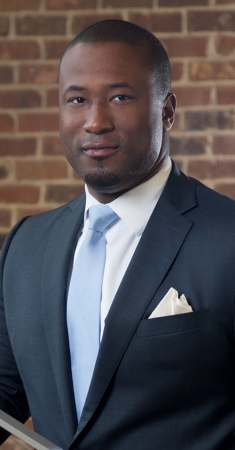 Jesse spends a significant amount of time monitoring clients' portfolios, the national stock exchanges, SEC filings, and the bond markets to swiftly identify losses suffered by clients and potential clients due to trader and corporate fraud or misconduct. As a result, Jesse has been able to identify fraudulent or improper conduct and move swiftly to file suit on behalf of individuals and corporations to protect and recover significant investments that were deemed lost or diminished.

Jesse earned his Bachelor of Accountancy and Juris Doctorate from the University of Mississippi. He was decorated with numerous accolades and awards for his academic leadership and play on the Rebel football team. After graduating from Ole Miss, Jesse signed and played as a defensive end for the Baltimore Ravens before injuries sidelined his football career and sent him on his path to law school.

After graduating from law school, Jesse was offered positions with two of the most successful plaintiff firms in the country. However, Jesse decided to take a different route which has ultimately brought him full-circle back to a practice that is primarily focused on representing plaintiffs.

Jesse began his legal career at one of the largest and most prestigious defense firms in the Southeast: Baker Donelson Bearman Caldwell & Berkowitz. As a lawyer in Baker Donelson's litigation sector, Jesse learned under and litigated with several of the most respected litigators in the South. This experience was invaluable, and Jesse credits his time at Baker Donelson to much of his success.

Contact The Mitchell Firm, PLLC today to get the support of Mr. Mitchell.

While at Baker Donelson, Jesse represented clients in a variety of areas including:

A History of Success

While at Baker Donelson, Jesse began to be recruited by several firms before he decided to join a boutique firm that allowed him to develop his plaintiff's practice. Later, Jesse went on to form The Mitchell Firm and hand-picked several attorneys with unmatched work ethic and commitment to obtaining stellar results for our clients.

He and his wife, Darrilyn, live in Brandon, Mississippi, with their three sons, Jayden, Chase, and Roman.

"One of the most feared presences in the legal community is a young, intelligent, and aggressive litigator with resources."

Start your case with a free evaluation. Attorney Mitchell can help you get a just outcome.